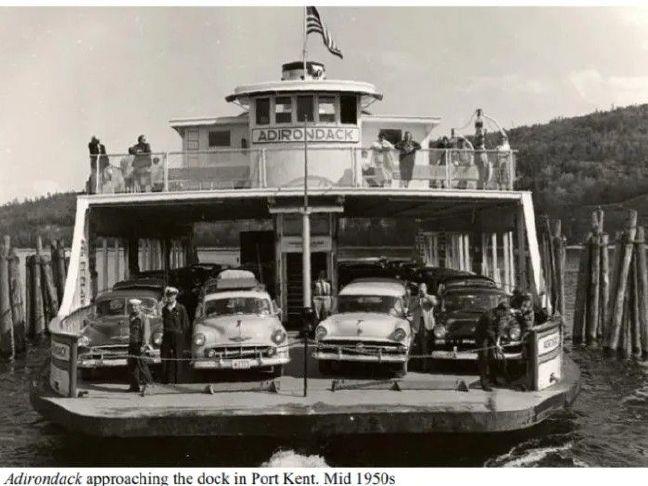 MIDDLEBURY |The Vermont Natural Resources Council (VNRC) and the Lake Champlain Committee (LCC) have appealed a permit issued by the Agency of Natural Resources (ANR) to allow the sinking of a 152-foot-long ferry near the Burlington waterfront.

According to an April 28 press release issued by the VNRC, The permit authorizes the Vermont Division of Historic Preservation and the Lake Champlain Transportation Company to sink the MV Adirondack as an artificial reef for recreational use by scuba divers. The LCT plan would remove all contaminants, including oil, from the ferry, which has been in service on Lake Champlain since the early 1950’s.

In order to grant the permit, the Vermont Department of Environmental Conservation (DEC) had to determine that sinking the ferry is in the “public good” of Lake Champlain.

“We don’t believe that using public waters to dispose of a ferry that is no longer in service, so that a small group of divers can have access to the boat for recreation, is ‘for the greatest benefit of the people of the State of Vermont’,” said Jon Groveman, policy and water program director at VNRC, quoting language from the permit.

Groveman added, “Determining whether the use of water is in the public good includes considerations of equity around the types of people who will benefit from the project. In this case, the only people who benefit are divers, who need significant financial resources to simply access the site. The applicants and ANR did not even address this issue of equity in granting the permit in question.”

Lori Fisher, executive director of LCC, said, “Lake Champlain is not a dumping ground. There is no reason to sink a steel-hulled vessel that contained PCBs and other toxic contaminants into our drinking water source to create an Underwater Historic Preserve.”

Fisher noted, “There are more than one hundred vessels already on the lake bottom. The Lake Champlain Maritime Museum has identified four that could be turned into dive sites. We shouldn’t be intentionally scuttling more vessels in this day and age.”

If upheld, the appeal filed by VNRC and LCC on April 23 in the environmental division of the Vermont Superior Court would revoke DEC’s permit granting the Lake Champlain Ferry Company permission to sink the vessel.