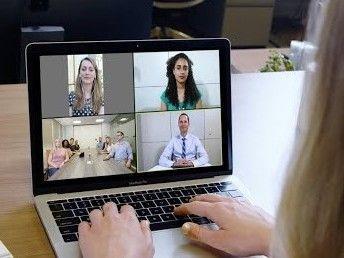 Alcohol addiction is part of the dark underbelly of Vermont’s largely rural lifestyle. According to several studies, Vermonters are more likely to drink alcohol and binge drink than residents of most other U.S. states.

But now, thanks to an unorthodox study by New England-based DynamiCare Health (underway with the blessing of key Vermont health officials) there may be a little light at the end of Vermont’s dark tunnel of alcoholism.

If successful, the experimental effort may someday usurp some staid mainstream approaches to the addiction problem. At the very least, DynamiCare’s approach will contribute something positive to a healthier, brighter future for addicted residents.

A low-profile firm, DynamiCare has quietly opened Vermont enrollment as part of the rewards-based research study.

The study is unique in that it is a “digital coaching program” and includes a system of rewards, easy-to-use smartphone apps, and breathalyzer tests (verified by selfie video). Included, too, is a smart debit card that blocks spending on alcohol. Weekly video calls with a certified recovery coach keep participants on the path to recovery.

The wave of the future

Dr. Scott Strenio, chief medical officer for the Department of Vermont Health Access, was upbeat about the study’s early results.

“Vermont Medicaid is always interested in pursuing innovative ways for patients to access care in a manner that supports their medical needs while offering proven clinical outcomes,” he said. “The ability to deliver healthcare for this and other common medical conditions in rural, as well as urban settings through the clever use of an electronic application, is the wave of the future.”

Thanks to the $1.6 million federal NIH taxpayer grant — obtained with the help of Vermont Health Access and the Department of Health Division of Alcohol and Drug Abuse Programs — the controlled trial of DynamiCare’s digital care program got underway during the past few months.

Where the new program might receive criticism is its use of “pay to stay sober” financial rewards. Yet, earning up to $1,300 a year for participants who stay sober is only part of the story.

While the privacy of Vermont Medicaid participants makes it difficult to objectively gauge early study success, volunteer testimonials have been published by DynamiCare with the ok of state officials.

A Vermont participant named Conrad (his last name is withheld for privacy concerns) told DynamiCare and Medicaid staffers that he is feeling positive about beating his addiction. Since he joined the study at the start of the year, he has earned over $350 after completing inpatient treatment.

“Having that extra encouragement from my coach and accountability from the app, tests, and rewards have been really helpful to me in staying sober after rehab,” he said. “It’s a great program and I’d definitely recommend it to anyone who’s trying to stop drinking.”

DyamiCare’s co-founder and CEO Dr. Eric Gastfriend told The Sun-Vermont Eagle that, as of this week, Conrad is indeed staying sober with the help of the rewards program.

“We started working with addiction treatment centers in Vermont in early 2021, and after seeing success with the initial participants (like Conrad), we’ve expanded the study to include any Vermont Medicaid members who are struggling with alcohol use. The University of Vermont has been using DynamiCare in a research study to help pregnant women quit smoking, and found that the quit rate was increased by 2.8 times with the help of financial rewards,” Gastfriend said.

According to Vermont Medicaid, participation in the stay-sober study is free and confidential. Perspective participants can enroll by telephone and participate from home.

Republished from the May 27 Community Sun