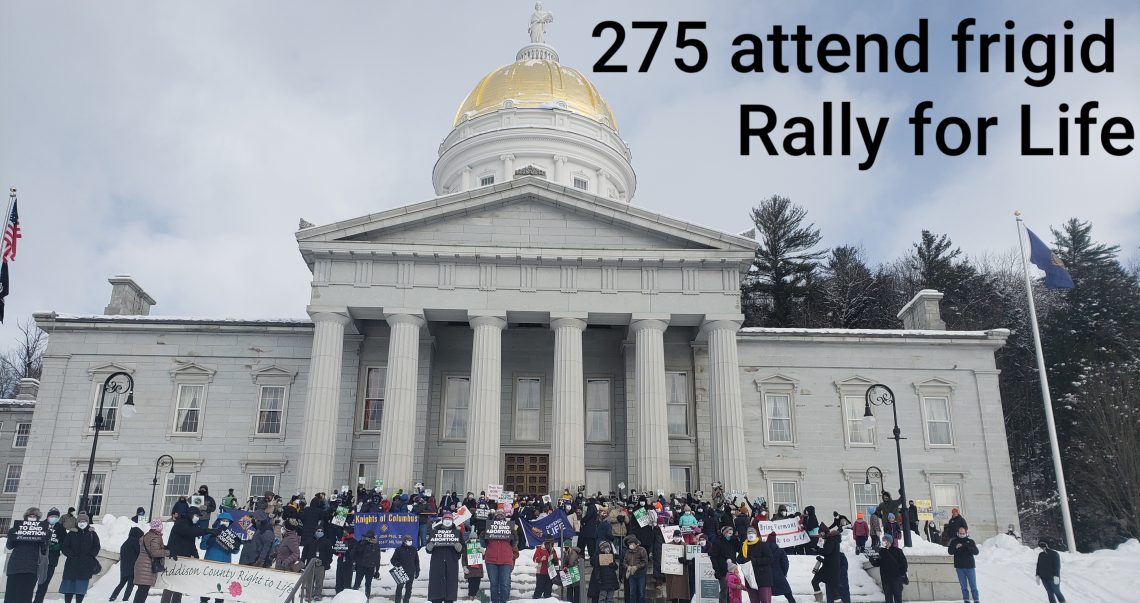 Feb. 27, 2020 – Ed Larson, professional forester and lobbyist for the Vermont Forest Productions Association, describes in this Vermont Daily Chronicle video about the powerful economic impact and carbon sequestration of Vermont forests and the industry working in them.

The $1.5 billion state industry employs about 18,000 Vermonters. More than half of all manmade carbon emissions are consumed by Vermont trees – a fact that climate legislators are hesitant to consider as part of Vermont’s emissions reduction strategy, Larson said at the VFPA “Card Room” display at the Vermont State House today.

In the latest VFPA legislative report, Larson notes that the Act 250 revision was voted out of the House Natural Resources, Fish & Wildlife Committee by a margin more narrow than it at first appears. If two absent members had been there – Tom Terenzini (R-Rutland) and Harvey Smith (R-New Haven) had not been sick, the vote would have been 6-5 in favor. Chair Amy Sheldon was asked to wait until they were back on the next day of the Legislature, but instead took the vote, which was 6-3-2.

The Act 250 revision (H926) is likely to be voted out of the House this week, at which point it will go to the Senate for its review.

Despite the apparent carbon sequestration value of Vermont forests, studies and legislation to “monetize” carbon sequestration through the sale of “carbon storage credits” seem uncertain to become law this year. Areas of contention include whether the carbon credits should be sold into California’s robust market – thus reducing California’s official carbon footprint but not Vermont’s – or whether Vermont should create its own system to help sequestration meet our own stringent carbon reduction goals.